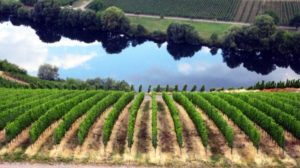 When I first came across this picture I couldn’t figure out what was going on. I stared and stared. It just seemed wrong. The interesting thing about that is I have been talking with a friend about how I feel called to write a book on The Way of Failure, as I have noticed a sense of liberation when I realize how wrong I am about… well… about anything, really.

Just yesterday I noticed a moment of being wrong. It was very interesting – and humbling (as being wrong tends to be. I wonder how often liberation and humility go together?). I was sitting with an elder care client as she was telling me a story about her medical treatment. She was chatting away and then, quite abruptly, she stopped talking and closed her eyes tight. I sat there quietly, patiently, waiting for her to resume her story. The silence continued, as did her closed eyes, for what was starting to feel like a long time.

I felt that familiar touch of compassion for how one loses track of what they were talking about. I was just about to recite back to her the very last thing I heard her saying so that it might trigger her memory. Just as I was about to speak, she opened her eyes, which were now red-rimmed, and told me that her medical treatment regime makes her emotional and the doctor doesn’t understand that.

I was stunned to realize how wrong I was in my perception of what was going on for her and I was powerfully grateful for the grace that allowed her to speak before I interrupted her private silence. What I had assumed to be a moment of forgetfulness was actually a deeply intimate moment. I was witness to a courageous woman finding her capacity to share her truth with another. And I was unaware of that until after the fact.

I was her listener, but only by accident – which was very humbling. Even more humbling: she thanked me for listening!

Listening, not buying into my own thoughts – even the compassionate ones – gives me a truer perspective than what my mind assumes. I’m starting to understand more deeply that being present with another implies being willing to stay in the unknown. Making assumptions seems to be a habit of protecting myself from the unknown. For me at this point in my listening practice, ‘letting go of outcome’ as I’m listening to another’s story… includes letting go of protecting myself from the unknown or even the unknowability of others.

What is your newest perspective on listening?