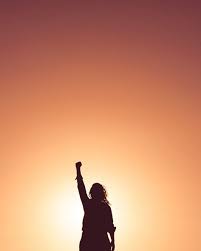 For a while now, I have been thinking about courage. Not that I have drawn any conclusions about it, but for some reason courage and bravery are qualities I am wondering about.

Just this past week I was speaking with a woman in North Carolina who is beginning a listening project in her community. She found our website, emailed asking for tips on listening, and I offered to give her a call.

As we were speaking she asked about how to handle listening during difficult situations, specifically talk of suicide. What interested me was how she phrased it. She said something along the lines of, “I’m not worried about listening in this situation, but many of my volunteers are.”

I shared with her that her volunteers are not alone. Talk of suicide is one of the ‘big’ situation, big enough to get its own page in our training manual. The only other situation that gets a whole page in our manual is ‘sexual abuse of a minor.’ She breathed easier to know she could tell her volunteers that listening matters, even in the more socially scary or taboo topics. Being direct matters, asking someone how they are matters, listening to their situation and not shying away from it matters, and – very specifically – not offering advice matters. When someone’s story continues to go unheard or if it is heard but immediately judged or attempts made to ‘fix it,’ isolation becomes stronger and stronger. Listening is the antidote to pain of isolation.

But something lingers with me. I left something unsaid. I did not say that her volunteers, though they may have this concern over ‘how’ to listen during intense situations, already show a level of bravery just by volunteering as listeners. Having a concern up front does not take away from the courage it takes to offer the service of listening. Even having bouts of self doubt does not make a dent in the courage it takes to put oneself out there.

I did share that when we listen with unguarded hearts it, in and of itself, is a form of encouragement to someone who may be suffering. I didn’t say that being willing to be unguarded in the face of, well, anything that comes up while listening, is an act of courage.

I don’t think of myself as a brave or courageous person. To be frank about it, at the Listening Post we are a bunch of ordinary folks just doing what we do. None of us walk around with our fist punched up in the air in a victory pose. But… we are brave. Listeners are courageous. No matter what we think about ourselves, to do what we do, to listen, and do it just because we feel called (no one is asking or demanding that we do this) is phenomenally brave.

As I wonder about courage and bravery, it is fascinating that I understand listening is an act of courage yet I don’t consider myself courageous. Interesting, eh? And maybe that is part of the energy of acting courageously. Courage isn’t sourced in our thinking. I’m not going to claim where the source of courage lays, but apparently it is available when we need it. We don’t even think about it.

from one listener to another, thank you,
Avie